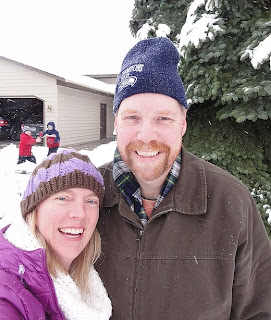 Last year my winter coat died, so I asked my parents (former employees of LLBean) for an early Christmas present of a new coat. It arrived Friday, in time for a mammoth snowstorm on Saturday.

My favorite moment came from Dominic in the wee hours of the morning. He looked outside, gasped, "Snow!" then cheered, "No school!" 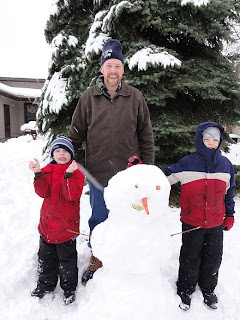 The boys spent HOURS outside, "shoveling" (throwing snow at each other with shovels), sweeping snow off the deck and the trees, and making a snowman. By the end of the storm, we probably had gotten between 8-10 inches of the wettest, heaviest snow you can imagine. Thank you, Derick, for shoveling.

The snow meant little travel, which meant scrapbooking! I finished some projects I'd had in the works for a while. Here's my Project 12 October page: 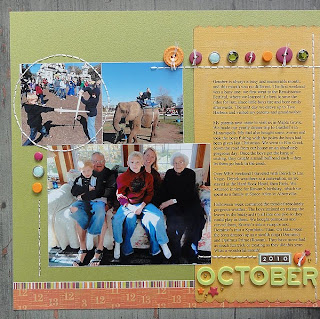 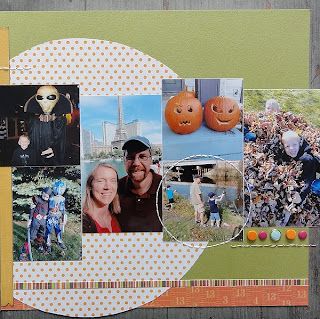 Based on this sketch: 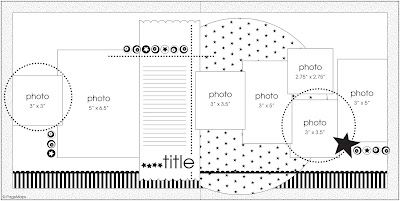 Since October is a busy month for us, I added some photos to the sketch in order to fully represent the month. I also stitched in two colors--white and then a brown and white baker's twine. The latter I had to do to cover up a mistake: I punched brad holes near the title, but they looked bad, so I took out the brads and stitched using the twine, adding coordinated stitching in a visual triangle.

I also finished my 5 Vacation Favorites mini-album for DisneyWorld: 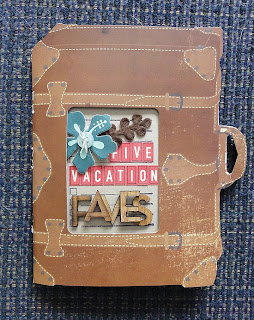 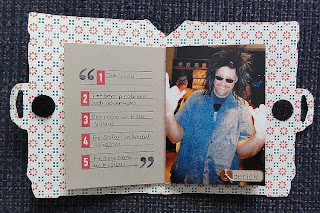 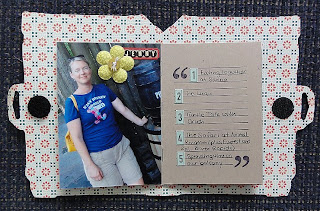 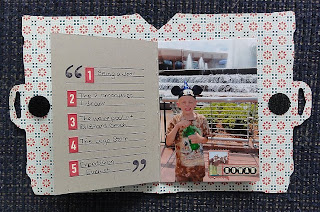 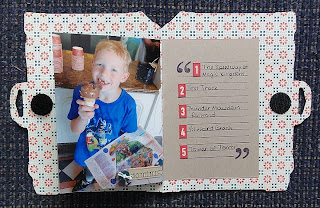 For anyone vacationing, I heartily recommend asking each family member for their favorites from vacation. It's a fun manageable project that gets you started on scrapping the memories without overwhelming you. Just pick your favorite photos (don't think too much about that) and scrap!
Posted by Jennifer Larson at 1:57 PM

Awesome awesome mini-album, I love the suitcase shape! You are so so so good with the project 12 stuff. I would love to give it a try, I just can't work it out in my head without printing photos at home :)

Monika Wright | I Love It All said...

I did the same thing when we went to Disney, but broke it up by fave park, fave shows, fave rides... Love the stamp you used, too. This is a fun mini and I'm so glad you shared!

LOVE this idea for an album and your use of the packaging is just great!

Love the colour of your coat. So bright and cheerful.
And the monthly layout is just fabulous. The buttons are divine!

Great timing for the parka - now you can enjoy some time outdoors! And, as usual, I love your LO. Your take on the sketch is great. The colours are fantastic, the stitching is great and the buttons are adorable. Dana

What a totally fun page!!! Love the buttons!